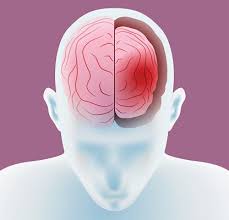 Obesity is tied to a slew of harmful effects in the body, and now, a new study suggests it may also affect brain structure.

The researchers analyzed brain scans and found that higher levels of body fat were tied to lower brain volumes in certain areas. Specifically, too much body fat was linked to reduced amounts of gray matter  the brain tissue that contains nerve cells  in structures in the center of the brain.

The link between body fat and brain volume was stronger among men compared with women, The study adds to a growing body of research linking obesity with changes in the brain, including lower brain volumes, or brain shrinkage. Previous studies have also found a link between obesity and brain diseases such as dementia.

Still, the new study showed only an association between body fat and lower brain volume and can’t prove that too much body fat actually causes brain shrinkage, or vice versa.

Obesity and the brain: studies have found a link between obesity and lower brain volumes as well as changes in white matter. But those studies tended to be small, and they used indirect measures of body fat, such as body mass index (BMI), which is a ratio of weight to height.

researchers analyzed information from 12,087 people living in the United Kingdom, with an average age of 62. Participants underwent an MRI to assess their brain's gray- and white-matter structure. Researchers also measured participants' body fat levels using a method called bioelectrical impedance, which sends small electric currents through the body to estimate a person's percentage of body fat.

The researchers found that, in men, high levels of body fat were linked with a lower gray matter volume overall and lower volumes in certain gray matter areas in the center of the brain. Those include the thalamus, caudate nucleus, hippocampus, globus pallidus, putamen and nucleus accumbens. Some of these areas are involved in the brain's reward circuit, and others help to regulate body movements.

Among women, the researchers found a link only between body fat and reduced volume in the globus pallidus.

But among both men and women, high body fat levels were linked with differences in the microscopic structure of the white matter, as compared with people who had lower levels of body fat.

In order to provide the cure and awareness the Journal invites all the Prospective academicians and scientists are encouraged to utilize this opportunity to Share their valuable Knowledge in this Field to spread awareness and get their articles reviewed, processed and published at relatively faster pace and at lower charges.

You can Submit manuscript directly online https://www.scholarscentral.org/submissions/brain-research.html or as an attachment to this E-mail: brainres@emedsci.com

Articles will be paid high attention during the Publication any immediate submission is highly appreciable.